ATTEMPTING TO RELY ON MATTERS WHERE PERMISSION TO AMEND HAD BEEN REFUSED: A BRIDGE TOO FAR

In Cleveland Bridge UK Ltd v Sarens (UK) Ltd [2018] EWHC 751 (TCC) the court rejected an attempt by a party to argue a case which had not been pleaded.   The defendant had been refused permission to amend its defence and counterclaim and sought a “backdoor” method to introduce similar issues. The attempt failed. 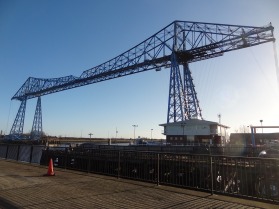 “Where the court has precluded a proposed amendment which seeks to introduce a new factual case, it seems to me that it is not open to the party who has been refused permission to amend to seek to rely on the very same facts as the basis for a slightly different legal argument.”

The parties were in dispute over the terms of a contract.  Shortly before the trial the defendant sought permission to amend its defence and counterclaim.  That application was refused. Undeterred the defendant served “Further information” and attempted to rely on similar arguments a trial.

Tags: Amendments, Statement of Case
← COURT LISTING – JUST WHEN YOU THOUGHT IT COULDN’T GET ANY WORSE
WHEN FACT FINDING GOES WRONG: APPEALS TO THE COURT OF APPEAL WHEN THERE ARE DELAYS BY THE JUDGE →

© Gordon Exall, Civil Litigation Brief, 2013-2021. Unauthorised use and or duplication of the material contained on this blog without permission from this blog's author is strictly prohibited. Excerpts and links may be used, provided that full and clear credit is given to Gordon Exall and Civil Litigation Brief with appropriate and specific direction to the original content.